skip to main | skip to sidebar

I'm not about to write a huge post about how much I loved Michael Jackson and Farrah Fawcett, and how huge a fan of theirs I am. It has all been said already, and probably better than I could ever say it. It's only about 80% true in my case anyway.

I just hope they rest in peace.
Related by Cat at 9:28 AM No comments:

So I'm still working on that LEGO project, slowly but surely. I've done a fair bit of planning, and have already ordered parts from LEGO for the exterior walls and raised floors, so when those come in and get set up, I can do more planning with the interior walls and furniture.

I have also started making use of my BrickLink account, and have found it to be pretty easy to use! I've already received almost half of my orders, and I haven't had any trouble with the other members; they all seem pretty nice. It's going pretty well so far. I wonder why I found it so intimidating!
Related by Cat at 8:51 AM No comments:

The Sound of Music

We took our mom to see The Sound of Music production at the Princess of Wales theatre in Toronto on Saturday night, for her Mother's Day present.

It was a beautiful show! Of course they skipped a lot of stuff, but you try including everything from a 3 hour movie into a 2 hour show! The sets and costumes were beautiful, and the singing was amazing. There were times when the actors sounded exactly like the movie.

Of course, the actor that played Maria was chosen by we, the common Canadian people, by way of a reality show, so we wouldn't have a right to complain if she wasn't that good anyway.

The theatre was really nice too. I've been to its sister theatre, The Royal Alexandra, to see Mamma Mia. It's a few steps east of it, and a bit older. The Princess seemed more modern and intimate. I had actually thought it was much bigger than it was when I was looking at the seating map when I bought the tickets. We were sitting in the middle balcony, which gave us a perfect, non-neck-straining view, although I have a feeling there wouldn't be a bad seat in the house.

I really enjoy the theatre, and there are a lot of shows always playing. I don't know why we don't do this more often! Okay, expensive tickets are one reason, but besides that!
Related by Cat at 8:58 AM 2 comments:

Wow, I just bought tickets to see the Cult at Massey Hall. Wasn't even planning it, I just got an alert from Ticketmaster that they are coming in September. Of course I got shafted on the price, but that complain has been addressed in my Pearl Jam post.

Anyhow, I'm glad to be seeing the Cult again. It was an awesome show last time, and this one should be good too. Massey Hall is a relatively intimate indoor venue, compared to the Molson Amphitheatre, and it's a beautiful old place, so it will be fun.
Related by Cat at 9:52 AM 2 comments:

You know you're e-ghetto when...

...you use Microsoft Excel as a CAD program.

But hey, it worked, and that's all that matters!
Related by Cat at 8:56 AM No comments:

This is me starting to get a feel for where everything will go on my little obscure TV show set replica. 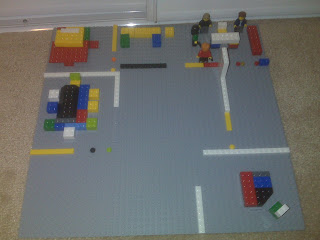 I threw this together a couple of days ago, actually, before I started mapping things out on graph paper. I wouldn't have bothered with the graph paper step altogether, but I am debating between 1-stud-thick or 2-stud thick walls. 1 stud is good because it leaves more space in the rooms, but 2 studs allows me to have one single colour for the outside walls, and another for the inside, which is what I really want. I'm graphing it out so I can explore both options at the same time.
It's supposed to be an office building for a big international company. The top third is the main character's office, with a bedroom on the left, a sofa area in the middle, and a desk area on the right. When the characters aren't out fighting threats to their company, they're usually hanging out here discussing threats to their company.
There is a boardroom below the office, and although I have a rectangular (sort of!) table in the picure, I recalled that the table is supposed to be round, not solid, but more like a ring, so that may be a challenge. I'm hoping LEGO has a piece that can facilitate this, or else I'm going to have to improvise, and I don't really want to take up too much space with it. I still want to have 6 to 8 chairs around it though. I'll probably get some more minifigs that resemble some of the minor characters of the show later so I can fill up the room.
The bottom right corner is what was called the "Bunker" on the show, but it's the computer server room where another of the main characters had his office, and is another gathering place for everyone. It's a bit of a dark room with computer lights all over the walls, which might be hard to replicate, but I'll think of something.
When I said in my last post that I was recreating this set "loosely", I meant that I would be adding a room that wasn't really part of the show. I am going to put a chem lab beside the boardroom. Even if there wasn't a lab in the show, every major corporation that dabbles in a bit of everything needs a good R&D department, no? Probably will be the easiest room to make. White everything, some cupboards and a sink, maybe a little supply room, we'll see.
I have to also leave space for a lobby with a security desk, and a hallway, since a lot of stuff happened in hallways on the show.Also, the desk area in the main character's office and the Bunker are supposed to be sunken, so I am thinking that I will have to raise the floor for the whole rest of the set.
It sounds like a challenge to me, one with little artistic ability, but I think it will be fun and I'll love having it around when it's done.
P.S. 3 golden stars and my eternal esteem if you can guess the show.
Related by Cat at 8:57 AM No comments:

I've got an expensive habit, and it's bound to get worse. I've become addicted to LEGO.

My sorry collection is limited to some of the new Pirate sets, a couple of Creator houses, and a few other odd sets, but I bought one of those big 48x48 stud gray plates with the intention of building something from scratch. Actually, I lie. I've built something from scratch before, a bar/pub type thing, but it's not very good, just somthing I slapped together. I want this one to look decent.

I was debating between a house or recreating (loosely) the set from an obscure TV show that I used to watch (which actually had David Carradine in it for a few episodes, R.I.P), and decided the set would be easier. If I find my lost talent with this, I may try a house later.

I understand my scale won't be right, nor will be the location of the rooms in relation to each other, but I just want to see if I can do it and make it look presentable.

I can get a lot from the LEGO Pick-a-Brick tool on their website, but I am sure that I will have to go to Brick Link (which I have just signed up with and am a bit wary of) to get some pieces I won't find there. I bet it won't be cheap.

I'm still in the mapping stages anyway, and won't start buying something until I am happy with my plan, but I figure if I tell someone (even the few people that follow my blog), it will actually get done. I'll update as I progress.
Related by Cat at 8:54 AM 2 comments:

This is a long shot, since only a few people read this blog, but I'm looking for some interesting games for a Jack & Jill and/or a bridal shower. My cousin seems to be planning her J&J already, even though her wedding is still a year away, and as the bridal party is responsible for this stuff, we must brainstorm for game ideas.

Of course I've been to enough bridal showers to know a few of the likely games everyone plays, but I'm just looking to see if anyone has any different ideas, to supplement my own search.

The girls are also going to go out this weekend for some wedding/bridesmaid dress shopping, finally! I think that's one of the more fun parts of the whole wedding thing! Unless you're me who has a crappy time finding a dress any time. Still, (because I will have some SPANX in tow) it will be a fun day, and I can't wait.
Related by Cat at 9:47 AM 2 comments:

Cat
Ontario, Canada
A 10-year-old in an adult body, and I'm not proud of it. Also, I don't like a guy who won't wear a suit.

My Inf - Talking to her helps her get smarter!

Blogs Relevant to My Interests

Add me to Blackberry Messenger! 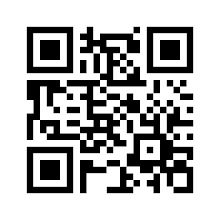